VOL.02SCHOOL OF THE FUTURE -OPEN STUDIO-

"OUT OF CONTROL Exhibition"
-Designed Information-

"SCHOOL OF THE FUTURE - OPEN STUDIO -" a collaborative project by TOKYO MIDTOWN and ARS ELECTRONICA. In this report, we are going to tell you about the "OUT OF CONTROL Exhibition" held at "Tokyo Midtown DESIGN TOUCH 2017" with the theme of "Touch." How can we "touch" designed information? For the second round of "SCHOOL OF THE FUTURE - OPEN STUDIO -," we invited two teams of artists, "Paolo Cirio" and "yang02 + KANNO So," and created a place to enable people to think about the implications of designing information and to touch information through artworks.

A phrase we have been hearing often in recent years is "fake news." With the Internet fully taken for granted and everyone going about their lives smartphone in hand, we are getting exposed to too much information. The information overload of the modern age makes us all the more likely to jump at news that is exciting or seems like our dreams have come true. As we rush about in our busy lives, it is very difficult to properly sort the right information from the wrong and get into the habit of thinking for ourselves.

Let's try changing the question. The themes for the second round of "SCHOOL OF THE FUTURE - OPEN STUDIO -" are as follows: How can we touch "designed information"? How should we interact with information that has gotten out of control?

This time, Paolo Cirio has created a work called "Street Ghosts." Objects that look like life-sized humans have been placed extremely naturally in the venue of TOKYO MIDTOWN. They look like someone has taken some photos, printed them, and cut out the parts they want to use. So, who took the photos?

In fact, Paolo used Google Street View. He has "exhibited" photos of people as they were actually being recorded by Google Street View, putting them in the same places as the photos were taken. In this way, Paolo is uncovering the boundaries between public spaces and privacy. These ghost-like figures truly are symbols of "designed" information. These symbols of information are created by Google, us users of it, and a series of exchanges between algorithms that process the data automatically and mechanically. By re-"installing" them into the real world, the work asks incisively how we normally approach information on the Internet, and how we should.

At first glance, this joint work by "yang02+KANNO So" looks like a machine automatically writing sentences with a pen. However, the machine can neither "understand" nor "read" the language it is writing. "yang02+KANNO So" equipped an AI with a machine learning system that imitates written characters. However, the AI only analyzes and learns their "forms." For the AI, they are merely a collection of lines. The AI analyzes the unique features of human handwriting in detail and learns them. But what he (she?) writes is nothing more than asemic languages—ones that have no meaning. Even so, we cannot help desperately trying to read "meaning" and "emotion" from the sentences.

Neither "Street Ghosts" nor "Asemic Languages" consist of materials their creators made from scratch. These artists ask how we should approach "designed information" or "information that has already been changed by someone." Although we have said "someone" here, there are also cases where there is no clear "will" involved, just like Google Street View and AI. Information we are exposed to has been organized, modified, rewritten, and designed. This has been done automatically, instantly, and in accordance with a program. There seems to be no room for human intervention. However, we do not just have to experience this "out of control" information passively. It is also true that actively using this designed information is making our lives richer and easier. Create your own "future" by swimming proficiently through the flood of information, and actively taking from it what's good and leaving what's bad. You'll find many hints about how to do that in the "OUT OF CONTROL Exhibition." 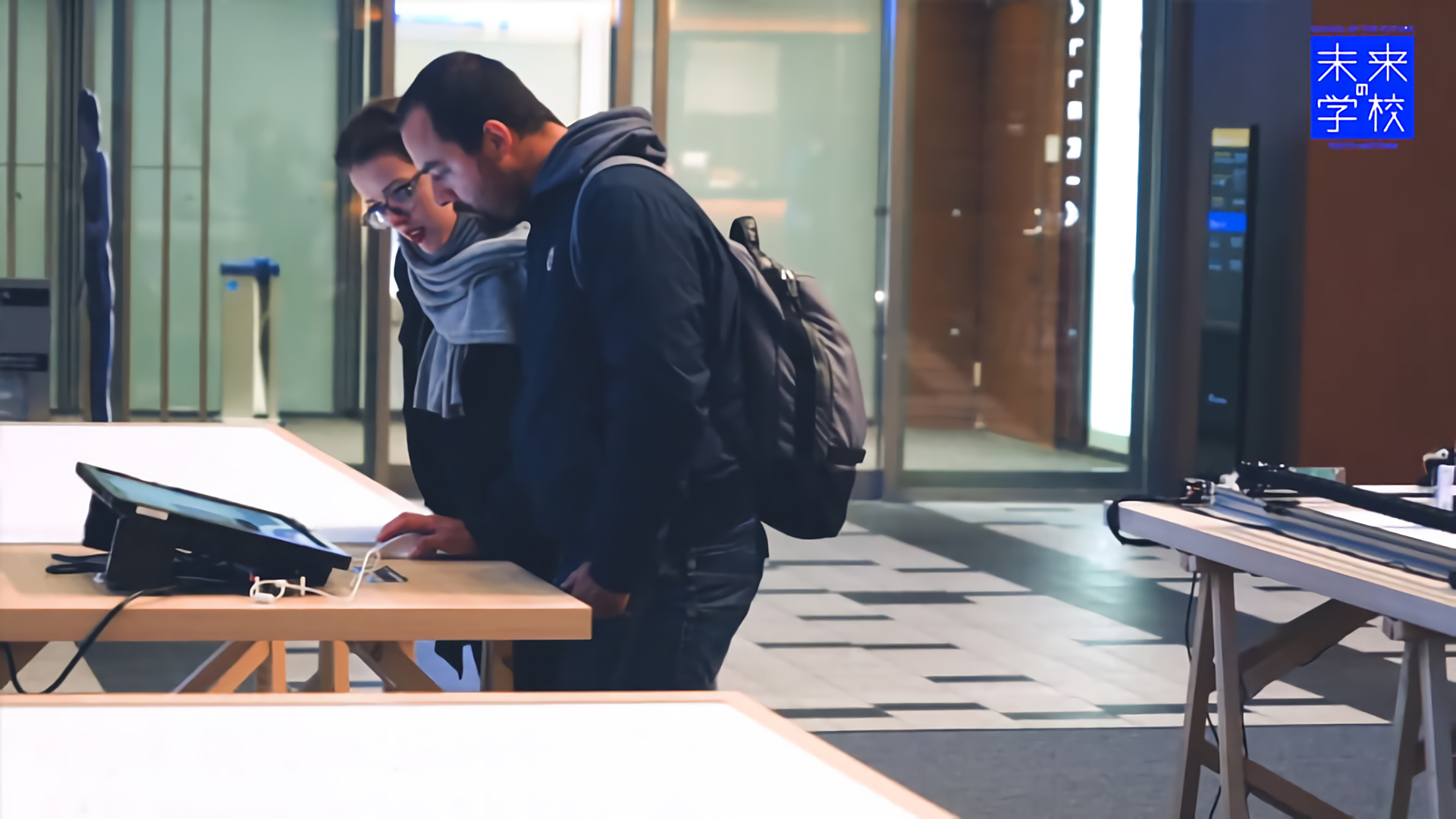